THERAPY AND THE FOUR LEVELS 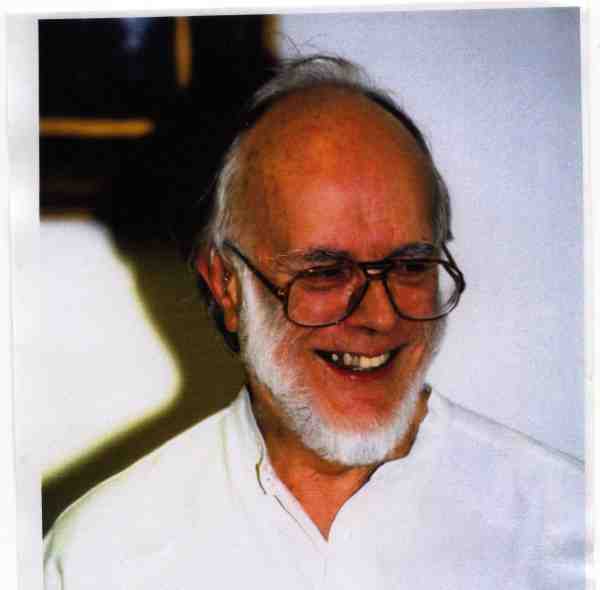 The theory of Ken Wilber (2000) is that there is a process of psychospiritual development which is unavoidable.  We are all on this path whether we know it or not, and whether we wish it or not.  There are way-stations on the path which are quite distinct and which are are thoroughly researched.  At each of these our notion of what a self is changes.  The whole idea of ‘a personality’ radically shifts.  The earlier ones are what he calls prepersonal (where the self is merged with the family, tribe or other community and the idea of a separate personality is not recognised), and the ones at the far end are what he calls transpersonal (where we go beyond the personal into a spiritual realm where the whole idea of boundaries changes).  The ones in the middle he calls the personal.  The process of psychotherapy generally covers the personal and some of the transpersonal.  The four-column chart is a brief and perhaps oversimplified diagram of how this theory impinges on counselling and psychotherapy.

It can be seen that there are four columns here.  The first one is labelled ego/persona or mental ego.  This is the level at which most counselling and psychotherapy is carried out.  It has to do with adjustment to consensus reality.  The client at this stage is going through some very unpleasant emotional experiences, and wants to get back to the status quo.  Or perhaps the client has been experiencing incapacitating feelings for a long time, and just wants to be able to love and to work.  The client may be presenting with depression, anxiety, shyness, bereavement, exam nerves, fear of flying, loss of a partner, stress, persistent headaches, any one of the thousand symptoms and problems which plague our daily life.

Virtually all practitioners are able to handle this level of work, because virtually all practitioners are familiar with this level of development in their own experience.  Probably the vast majority of the work done in this field is at this level, and the vast majority of the research carried out is also at this level.  Language is extremely important for this kind of work, because language embodies the consensus reality which the person wants to get back to.

The second column is the one which has been of most interest to humanistic practitioners, although of course most of them work most of the time in the first column, just like everyone else.  At this level, which Wilber calls the Centaur and I call the real self or autonomous stage, the emphasis is on freedom and liberation.   There is a great deal of the humanistic literature, which I have tried to sum up in another book (Rowan 2001), saying that we go from the realm of deficiency (where all the motivation is to repair some deficit) to the realm of abundance (where the motivation comes from a positive urge to explore, create and grow).  Some people talk about the move from an emphasis on having to an emphasis on being.  In any case the key word here is ‘Meeting’, because the whole person of the therapist is expected to meet the whole person of the client.

It is very important to note, however, that this centaur, this real self, is still regarded as single and bounded.  It has definite limits, a habitation and a name.  People at this level often talk about community, but their actions are in fact very individualistic.  In the psychodynamic field the practitioners do not talk explicitly about authenticity, but the recent work on counter-transference as a valuable element in therapy makes it clear that this kind of self-knowledge is indeed a form of authenticity (Rowan & Jacobs 2002).

What is also important to note is that no one can bring someone else to this level who has not reached it themselves.  This is an amplification and extension of Freud's original statement that the therapist can only move the patient to the limit of the therapist's own resistances.  What we are now having to go on to say is that as well as resistances, the therapist also has contractions.  These contractions are drawings-back, avoidances, distortions of growth.  But someone who has never contacted their own real self, because of this kind of contraction, cannot enable someone else to contact his or her own real self.

This is a crucially important point.  Each of the Wilber steps requires a move to a new definition of self, and this is a very central and involving move.  It affects the whole person in a radical way.  It is not something which the intellect can put on and take off.  In fact, it is the intellect which does most of the contracting and avoidance which prevents movement further along the scale.

Let us now look at the third column, labeled subtle self or soul.  This is the area worked in so thoroughly by James Hillman and many other Jungians, and by Assagioli and his followers.  This is the level which mainly deserves the term transpersonal.  Here we are concerned with problems which, as Jung pointed out, often come more in the second half of life, though it is perfectly possible for them to arise at any time.

It is an area where symbols are pursued for the insight and growth they may bring.  Words become of lesser value, because we are now moving out of consensus reality.  The mental ego is desperately worried about this, because it thinks of words as being the only things which are really safe.  Much of the taken-for-granted aspects of the world are now radically questioned: in particular, the boundaries which divide us from the world in general and other people in particular do not seem so important.  Because of the dangers of self-inflation at this stage, a supportive community becomes very important, so that one can keep an eye on one's pretensions to spiritual exaltation.  But again we need to point out the question of contraction.  Many people draw  back from this level because it seems too scary and so open to misuse.  But I want to argue that this level is not only very important for the average client, but very important for the practitioner to explore.

The fourth column is put in, not so much because it is of great relevance to psychotherapy, but because it indicates that the third column is not the end of the road.  Again it is possible to hold back, the familiar contraction ensuring that one will stay at an earlier level rather than advancing to this, the deep water of spirituality.  Here at the level of the causal self, the level of spirit, we have to give up all the symbols which were so useful and got us so far at the previous level.  This is the realm of mysticism proper.  I used to say that this level cannot be used in therapy, because here there are no problems: and the client comes to have problems dealt with, not ignored or bypassed.  But I now see that we can indeed work at this level, and it can be the most creative of all, because here we are finally able to really take nothing for granted.  Amy Mindell (1995) has written helpfully about this.

Here, then, are the four columns which show how the therapist has to develop himself or herself if the intention is really to be able to handle the whole person who is there in the consulting room.  The therapist who does not develop, who gives in to the contraction which prevents progress along the scale, will be unable to help the client move to the next level.  Thus the therapist can be a block in the way, rather than a facilitator, helper or guide.

Rowan, John & Jacobs, Michael (2002) The therapist’s use of self, Buckingham: Open University Press

He has co-edited Innovative Therapy in Britain (Open University Press 1988) with Windy Dryden, and The plural self: Multiplicity in everyday life with Mick Cooper (Sage 1999).  There are chapters by him in many other books on psychotherapy.  He has had six books of poetry published.

He is a Fellow of the British Psychological Society (member of the Psychotherapy Section, the Counselling Psychology Division, the Transpersonal Psychology Section and the Consciousness and Experience Section), a qualified individual and group psychotherapist (AHPP and UKCP), a chartered counselling psychologist (BPS) and an accredited counsellor (BACP and UKRC).  He is a Fellow of the BACP.  He has been leading groups since 1969, and now practises Primal Integration, which is a holistic approach to therapy.

He and his wife live in North Chingford, London: he has four children and four grandchildren from a previous marriage.