Teach Your Parents to Stop Nagging 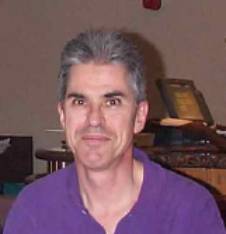 Don’t forget to empty the wastebaskets.    Is your homework done?   What time will you be home?   Like fingernails scraping across a chalkboard, dozens of sentences like these grate on teenagers’ ears thousands of times every day all across the country.  If you are like most of them, you probably think that the only escape from nagging parents is to graduate from high school and move away.  Based on your experience, that conclusion may certainly seem quite logical.  But would you be open to the possibility that, although logical, your conclusion might just be wrong?  No, I’m not suggesting you take your parents for family therapy.  I won’t even challenge the commonly held belief among your peers that parents are uneducable.  I’m proposing something much more devious and sneaky.

One of the inherent problems with parents is that they’ve had years to develop some bad habits in the ways they use language. They picked up many of these from their own parents, a kind of environmental heredity which, unfortunately, puts you at much the same risk.  You have an opportunity to make it harder for your own children to someday complain that you are nagging them a lot.  It’s like the sign I once saw in a national park which read,  Please leave your campsite cleaner than you found it.   I remember being impressed. There was no effort to place any blame.  No one was offering excuses about dysfunctional campsites.  Nor  was I being asked to clean up the entire mess all by myself.  Nowadays, I challenge parents (and you as a future parent) to accept a similar invitation,  Please leave your family healthier than you found it.   No blaming, no excuses, and no one expects you to do a perfect job.  Because very few high schools teach parenting, most parents acquired what they learned through on-the-job training.  Since the same is likely to be true for you, I want to offer you some simple strategies you can use to stop at least three kinds of nagging.  If you’ll practice them on your own parents, you’ll avoid acquiring some of their unintentional bad habits where nagging is concerned. Before you can begin effectively using the strategies in this article, though, let’s make sure you’ve already confronted a couple of basic truths about family life.  In my work with teenagers over the last 25 years, those who understood these truths quickly used the strategies to teach their parents how to stop nagging. (Well, most of the time!)  Very few of those who didn’t understand what I’m about to say were even willing to experiment with the strategies.

In order for you to succeed, it will be helpful to understand two things about the illusion of control.  First, at its best, parenting is a benevolent dictatorship.  Most people think that dictators have all the power.  In a sense they do, but it is only an agreed upon illusion.  In your history classes you may have studied about Manuel Noriega, the former dictator of Panama.  For years, no one could touch him.  Then suddenly, the people of his country grew tired of how he was exercising his power.  Less than a week after they rediscovered the truth of the illusion, he left the country.  Parenting works because children allow their parents to have the illusion of control.  One 15-year-old girl demonstrated this with a delightful twist.  One evening she got a phone call from a classmate who asked her to go out on a date.  Covering the mouthpiece to the phone she whispered to her mother,  Mom, tell me I can’t go out Friday night.   Though very puzzled, her mother did as she was asked.  Then the girl told her suitor,  Sorry, Frank, I can’t go.  Mom won’t let me.

The discovery that control is an illusion can be quite unsettling for both parents and teenagers.  I once worked with the family of a 14-year-old boy whose father had chronically used a belt as his single tool for discipline.  One day when the father announced another impending whipping, his son unexpectedly told him,  No, you won’t.   As the father looked up into his son’s eyes, he realized what his son had just said was true.  He knew any attempt on his part to use the belt on his son would result in a physical fight.  In an instant, both of them had discovered the illusion of control and neither knew quite what to do next. Both freaked when they realized neither had any practice having a different, more mature kind of relationship.

This leads me to the other idea it will be important for you to understand in order to succeed in this quest.

Many teens (and many adults, too!) confuse three related concepts: compliance, rebellion and independence. Very young children are compliant: they do what their parents tell them to do.  Emerging for the first time during the  terrible two’s,  the rebellious child does the opposite of whatever his parents want.  You may have watched this play out when your mother was feeding one of your younger siblings.  She got him to eat by playfully telling him to do the opposite,  Don’t you eat those carrots.   It’s no surprise that rebellious behavior often resurfaces during adolescence. The mother of one 17-year-old once complained to me that he never came home before his 11 o’clock weeknight curfew.  To see if he had confused real independence with rebellion, I had her simply tell him each day for a week,  Tonight, don’t come home before 11 o’clock.   Every night he was home before 11! You see, true independence means doing what you want, even when it’s what your parents (or your boss) wants.  The problem is, you can’t prove to your friends that you aren’t just being compliant when you choose to do the same thing your parents want.  Only you know the truth.  (Hint: You’ll know you’re achieving real independence when that’s enough.)

Now let’s deal with the three kinds of nagging that began this article:

If your parents are like mine were, they probably forget to include a deadline when they ask you to do a chore.  Then they remind/nag you when you don’t get it done by their unspoken deadline.  Here’s a devious way to squelch this kind of nagging.  When you are given the chore, agree on a specific deadline for completing it.  If your parents say anything else about the chore before the deadline, they have to do the chore instead of you.  This includes a prohibition against subtle hints like,  It’s almost six o’clock.  I hope your chores are done.  In exchange, if you don’t do it by the deadline, your parents have your permission to interrupt whatever you are doing while you go take care of the chore.  Until they catch on, you can probably get them to do the chore a number of days by carefully monitoring the time and waiting until the last minute before you do the chore.  Be sure, though, to tell your parents immediately after you do it.  For example, if you wait several hours before telling them you emptied the wastebaskets, it may be hard to convince them that you really did.

Putting an end to this one involves dealing with the control of information.  Your parents probably think that you don’t yet know how to budget your time well.  This is complicated by the fact that you probably don’t tell them how much homework you have, how long you think it will take to complete it, and when you plan to get it done.  On your way home from school, take a few minutes to plan when you will do your homework.  Volunteer this information, in detail, to your parents before they can ask.  Be sure to include your interim plans for longer-term projects that won’t be due for a few weeks. Then, whenever you take a study break, take ten seconds to update them on your progress.  It’s a simple truth: parents can’t nag for information which they already have.

Nagging about outside activities:

When my son, Michael, was approaching adolescence, I taught him about the infamous  12 questions.  These are the questions that your parents probably ask you when you want permission to go out with friends.  I explained to Michael the power of him being able to answer the questions before his mother or I could ask them.  Long before he would be old enough to ask us for the keys to the car, he would have been teaching us that he was learning to anticipate, to consider how his plans might impact others, and to develop contingency plans.  A quick learner, he already knew that we would not give him an answer to his question about going out with friends until he could provide us with the answers to our questions. Take a minute to notice how many of the 12 questions you already know your parents will ask you, and then read the list in the box.

Michael quickly took this strategy one important step farther.  With a busy social life, he got tired of writing down all this information each time he was going out.  He used the computer to create and store a one-page list of the names, addresses, and phone numbers of his friends and their parents.  Then he posted it on the back of a cabinet door in the kitchen.  Periodically, he adds a new person to the list and reprints it.

Over the years his peers have continued to routinely tell me that when they first began to use this nagging-stopping strategy at home, their parents developed a dazed look on their faces.  Many were rendered speechless because they couldn’t engage in the old habit of sequentially asking the 12 questions. Volunteering the information has another, more subtle, effect. Tired parents have a tendency to say no to requests as a way of reducing their frequent sense of feeling overwhelmed. When you present everything that your parents want to know in an organized fashion before asking them to make a decision, I think you’ll find they are much more inclined to grant your request. Initiating all three of these strategies at the same time might catch your parents so completely by surprise that they will suspect you are up to something.

But then again, that might just be part of the fun!