Lessons from a flasher 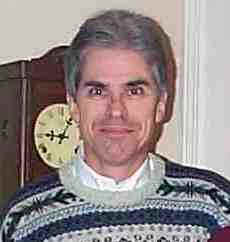 Because new cases were assigned on a rotating basis at the mental health center where I did my internship, I never quite knew what to expect when I met a new client for an intake session. And occasionally one of them surprised me. "Jim" proved to be one of those. He was a flasher. There were times, he said, when he couldn’t stop himself from leaving the house and driving somewhere to expose himself. He knew what he was doing was wrong, and had come to the center for help. Even as an intern I knew that compulsions are very difficult behaviors to stop. It would be an insult to all of his previous efforts to bring the behavior under control for me to simply tell him to stop doing it.

I decided to begin with a basic strategy: break large tasks down into smaller ones. He had told me the urge to go expose himself always began when he was at home. Rather than attempt to stop the behavior all once, I asked him to make just one small change as a start. Before he left the house in response to the urge to expose himself, I asked him to call and leave me a phone message that he was "on his way out." He and I would understand what that meant.

Interns live with a certain expectation that their clients will have doubts about the competency of their therapist. We had such doubts about ourselves. Even so, I was unprepared for Jim’s response. "You know I can’t do that," he said. But as he spoke, we both knew what had just taken place. He had expected me to tell him something about stopping the behavior. He "knew" that he would be able to tell me convincingly that he could not stop himself. After all, that was why he had come to the center. However, I wasn’t asking him to stop flashing. I had only asked him to postpone it for 30 seconds while he left me a telephone message. Just as he "knew" that he couldn’t stop himself, he "knew" that he could take 30 seconds to place the phone call. In that instant he understood another truth: if he could interrupt the behavior to make a phone call, somewhere within himself he had the ability to stop himself from leaving the house. In that instant his understanding of his problem changed from "I can’t." He realized that now he was going to be dealing with the question of whether or not he would change his behavior.

This distinction is a critically important one. You’ve probably heard the story about the boy who is having a cast put on his broken arm by the family doctor. "Doctor Smith, will I be able to play the piano after you take off the cast?" he asks. "Of course, Billy. Why do you ask?" replied the doctor. "Because I’ve never been able to play it before." Now more than 20 years since I worked with Jim, I have watched a simple truth be reaffirmed again and again with many of my clients. If they believed there was nothing they could do about a particular situation, they didn’t even attempt to work on finding one. If they didn’t even realize there was an alternative from which they could choose, they acted helpless, "I had to, I had no choice."

That’s why, every winter, my father would take me out driving as soon as the roads were covered with snow. He knew that inexperienced drivers instinctively turn the wrong way when they begin to skid. Again and again he would have me put the car into a skid – on a large, deserted, snow covered parking lot – so that I would have lots of practice at reacting in a way that would go against my instincts. (You want to turn the wheel in the same direction that the back end of your car is skidding.) There is precious little time to think if the real situation occurs.

Parents live through the adolescent years hoping their sons and daughters can somehow escape having their instincts and inexperience tested by their peers or their hormones in such spur of the moment situations. Unlike practicing what to do on a slippery road, however, most parents wouldn’t dream of setting up practice situations for the other nightmares they fear: drinking, drug use, premarital sex and driving emergencies to name just a few of the big ones. Pagers and cell phones may help them keep in touch, but they have their limits.

I take my own teenage son out driving when the snow covers the roads. It is one situation where I can safely give him a chance to practice again and again until he feels more confident about what he will do – from experience – if a real skid unexpectedly happens. I can’t give him similar practice in some of the other adolescent danger zones. So I am left at times taking a deep breath and wondering. I know he’s considered the reality that some of his peers are having sex. I know he’s made his own decision about where he stands on that. I don’t know if he’s considered that someone he dates over the next few years may want to talk him into having sex, instead of him being the one doing the talking. Few of the teenage boys I’ve worked with in 25 years had ever thought of what they would say or do in that situation. (A few had. A few even complained about having to fend off regular invitations to have sex.)

Years ago Jim helped me appreciate the importance of keeping acutely aware of the difference between I can’t and I won’t. My driving lessons on those snow covered parking lots helped me appreciate the importance of realizing that I could get myself in a lot of trouble if I didn’t rehearse my reaction to a potentially tricky situation often enough to be confident how I would handle it if the need arose (or even how to avoid letting the precursors to the situation develop.)

Parents know that no matter how much they teach, lecture, or nag, the true outcome of their fears may ultimately be determined by these distinctions. When it comes to the consequences of drinking, drug use, premarital sex, driving and other potential adolescent "skids", parents know that they cannot always be physically present to intervene at the last second. Just as teenagers probably hear far more than they would like parting words from their parents to "be careful" as they are leaving the house for the evening, they probably never hear the many silent prayers that are spoken after the door closes: "May you have the wisdom to know which way to turn if you start to skid, and if you aren’t sure, discover the power of giving yourself 30 seconds before you open that door."

Dr. Paul Schenk, Psy.D. is a clinical psychologist in private practice in Atlanta, Georgia, USA since 1979.  Married, and with two sons, he maintains a diverse practice providing evaluation and therapy for families, couples, and individuals.

He is the author of Great Ways to Sabotage a Good Conversation [available at  www.drpaulschenk.com]